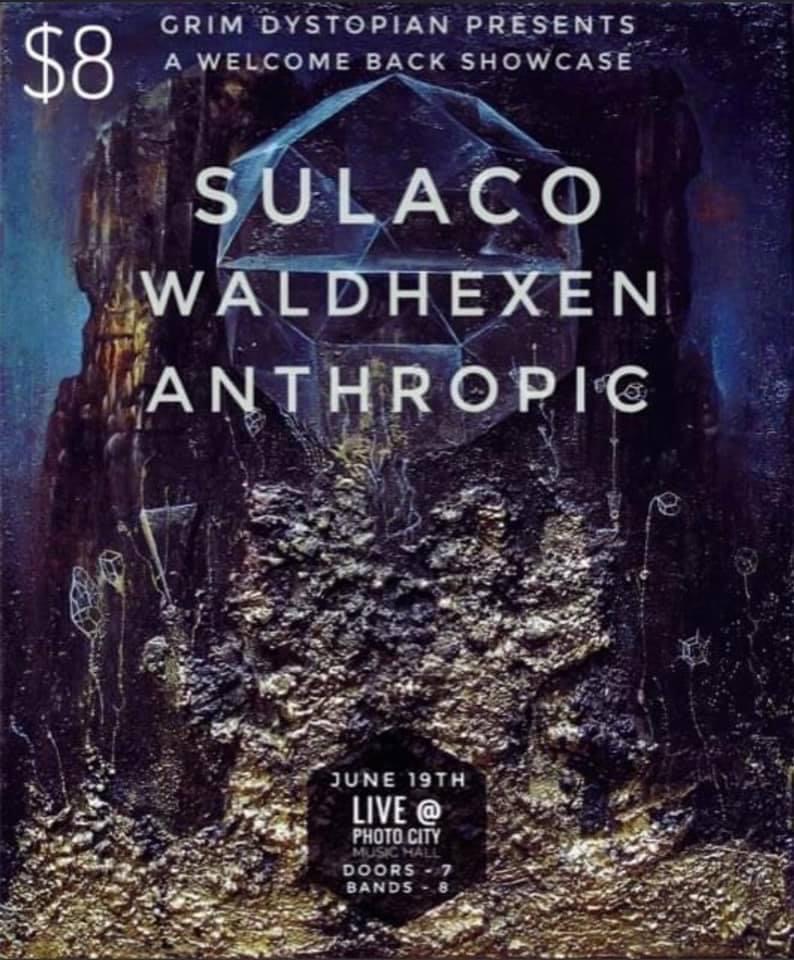 People have asked quite a few times if we have considered putting on more shows.

In short, it is a no for me. Ken would put on more shows if I were more enthusiastic about it, but, nah.

June 19, 2021 was an absolute highlight for me – one of my many favorite Grim experiences/memories. It was the first metal show emerging out of covid hibernation and the first show we ever put on.

It came about while sneaking into a Sully practice. Everything was either still closed and/or heavily restricted due to covid, and it was still taboo to be out in public amongst other living organisms. Band practices were our only outlet for live music, and we seized every opportunity we could. Special thanks to Sulaco, Sully, and Waldhexen (pre-Ken) for letting us crash practice (on several occasions). Anyways, at Sully practice, we asked Erik (Burke) if he would be down to helping us throw a show together. Everyone was craving it, bands were missing playing out, and obviously he said, ‘Fuck it, let’s do it’. I had no experience putting shows together, so I was relieved to have Erik on our side.

We had no clue what to expect, and it was rather challenging to put together because of all the unique unknowns. When we first started planning, we still had to manage capacity limits per local jurisdictions. We worked closely with Danny over at Photo City; we had to limit tickets to seventy-five, which was fine with us.

We decided on only three bands to minimize variables and play it safe, so we went with Anthropic, Waldhexen, and Sulaco. All buds, no bullshit, and of course they were all just as eager as we were.

We wanted to make this show extra special, so we spent a lot of time brainstorming how to make that happen. Tickets were flying out of our hands so we knew turnout would be at least seventy-five, it was the first show back from punishing isolation, we wanted it to be memorable. Luckily, capacity limits were lifted a week before the show – there were way more than seventy-five eager metalheads at Photo City the night of the show.

We ended up working with Nev at Gruesome Graphics (to date, he has done all our Grim artwork) to design artwork depicting a bunch of degenerates coming out of isolation. He nailed it, as always, so we decided to throw it on a limited quantity show shirt. Artwork on the front with “Answering the Clarion Call” (Clarion Call means a strongly expressed demand or request for action – Ken thought of that), and the bands and the date on the back. Due to the unique unknowns, Erik printed those shirts a couple of hours before the show. One sore throat or a change in mandates could have fucked the entire night (and our printed shirts). Luckily, it didn’t.

That was not special enough, though. We took it a step further and announced that ALL shirt sale money would be donated to a local charity, Dimitri House, who works tirelessly to keep our local ROC homeless population safe, fed, warm, and counseled. Special thanks to Paul (HTB) for at cost pricing for the shirts (he caught wind that we were donating all shirt sales).

We also reached out to Jon Lambert (Noise Dosage Media) for photography. We knew this show was unique just because of the circumstances surrounding it, and because we were donating all the money (bands got 100% of the door, Dimitri got 100% of shirts), we did not have much money to work with, so we offered him a free ticket to hang and take pictures, and that he did – also special thanks to him for capturing the joy of everyone being out of isolation so perfectly.

There was nothing about June 19th, 2021 that was disappointing to me, other than it had to end. Photo City was ready, the bands brought all their bottled-up energy from the year+ of isolation and not playing shows, and the fans came in droves. I have never seen a local only show pack a place like they did that night. People were spilling out into the parking lot. It was like a family reunion, but with family you enjoy. Everyone was so happy, grateful even, to have that night. A night to forget the tribulations of the last year or so, and a night to remember those lost in that time as well. Not to mention, it was Juan’s first performance back (Waldhexen) in the scene after a long hiatus. Magical.

We ended up donating $400.00 to the Dimitri House thanks to all the generous fans that not only bought shirts, but also threw in extra money to donate. The bands walked away with money for band funds, which I imagine only diminished during covid lockdowns. Everybody walked away with a smile on their face and in their hearts.

Sounds like it went perfect, everything lined up just so, attendance was awesome, bands made out, fans got live music, and we donated to a local charity. What is the hold up about doing another show, you ask?

The problem is that show was perfect, and I know I will never feel that energy doing a show again. It was my first show, coming out of a year of restlessness and no live music, no social gatherings, had great attendance, seeing people we have missed for a well over a year. There is just no topping any of it.

There is another component too – the fan/work ratio I have talked about in the past. This one show was absolutely perfect. Not only did everything pan out, but we got to work with our friends. Everyone mentioned in this blog are friends, so there was really no gamble; we played it safe. Erik helping organize, the bands, the venue, the shirts, the artists that produced the artwork, the photography, all of that came out of friendships. When you start working with out-of-town bands, management, unknown promoters, shit can get hairy. I know, I have heard the stories. That is when I no longer have fun, when I am no longer a fan – when shit gets hairy.

That is not to say we are not down for a kick-ass one-off show here and there, but it will never turn into a ‘thing’. I have too much fangirl left in me. 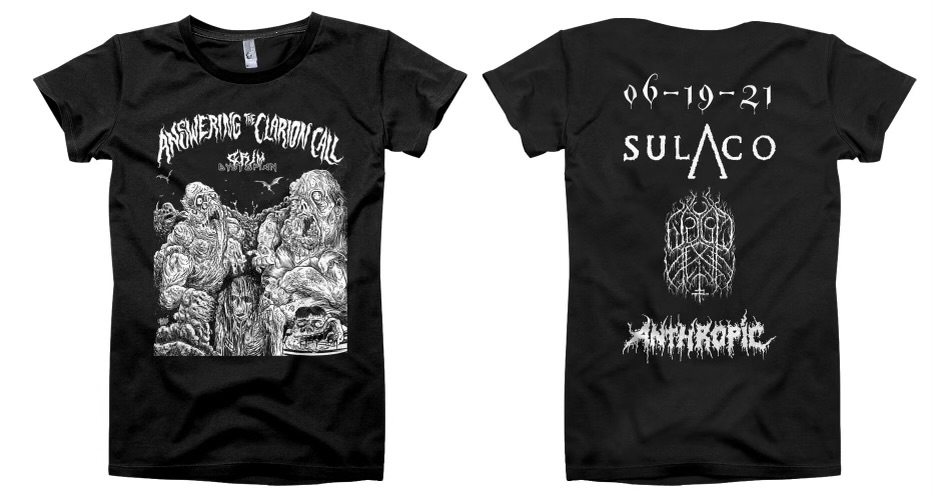 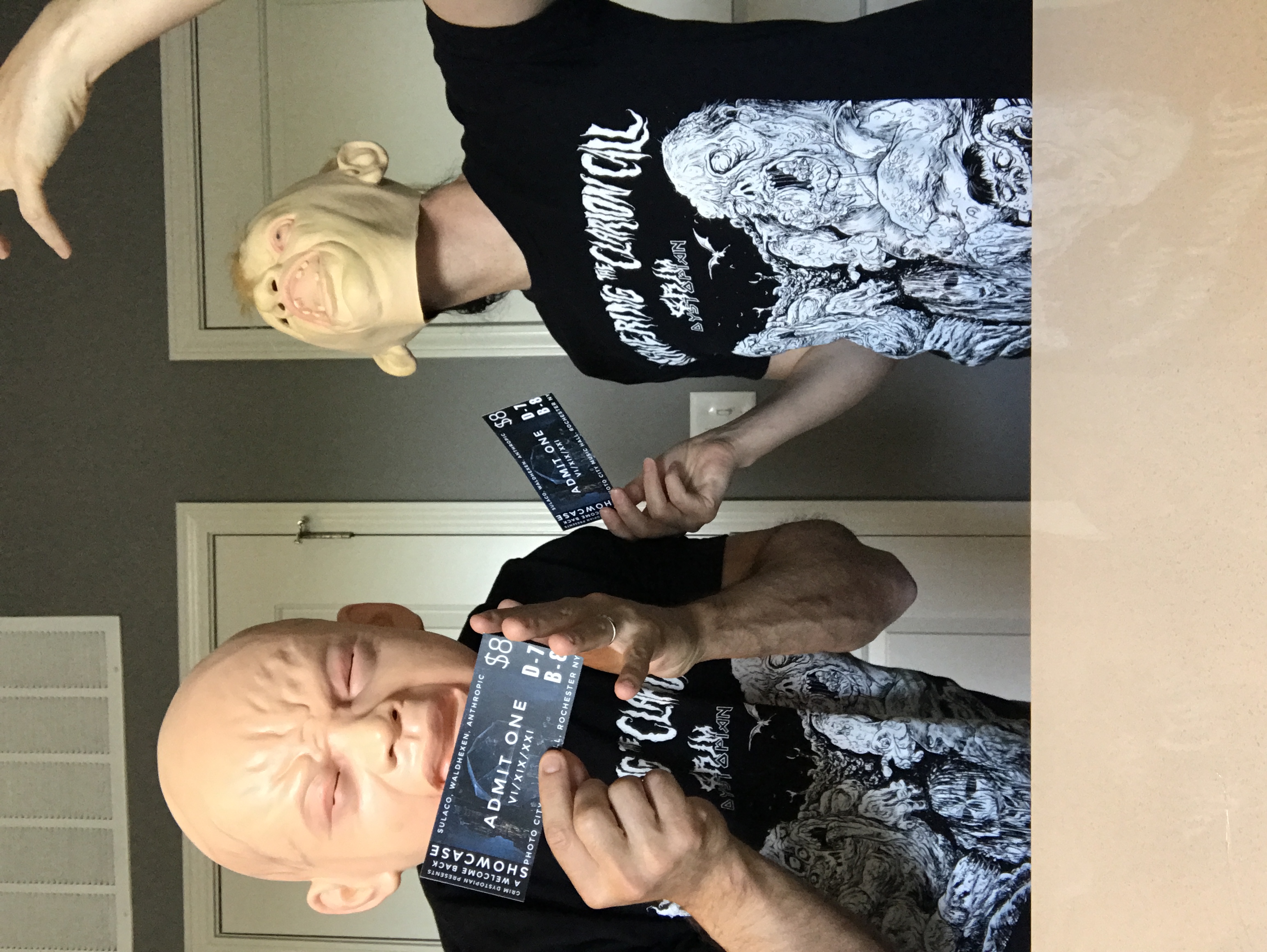 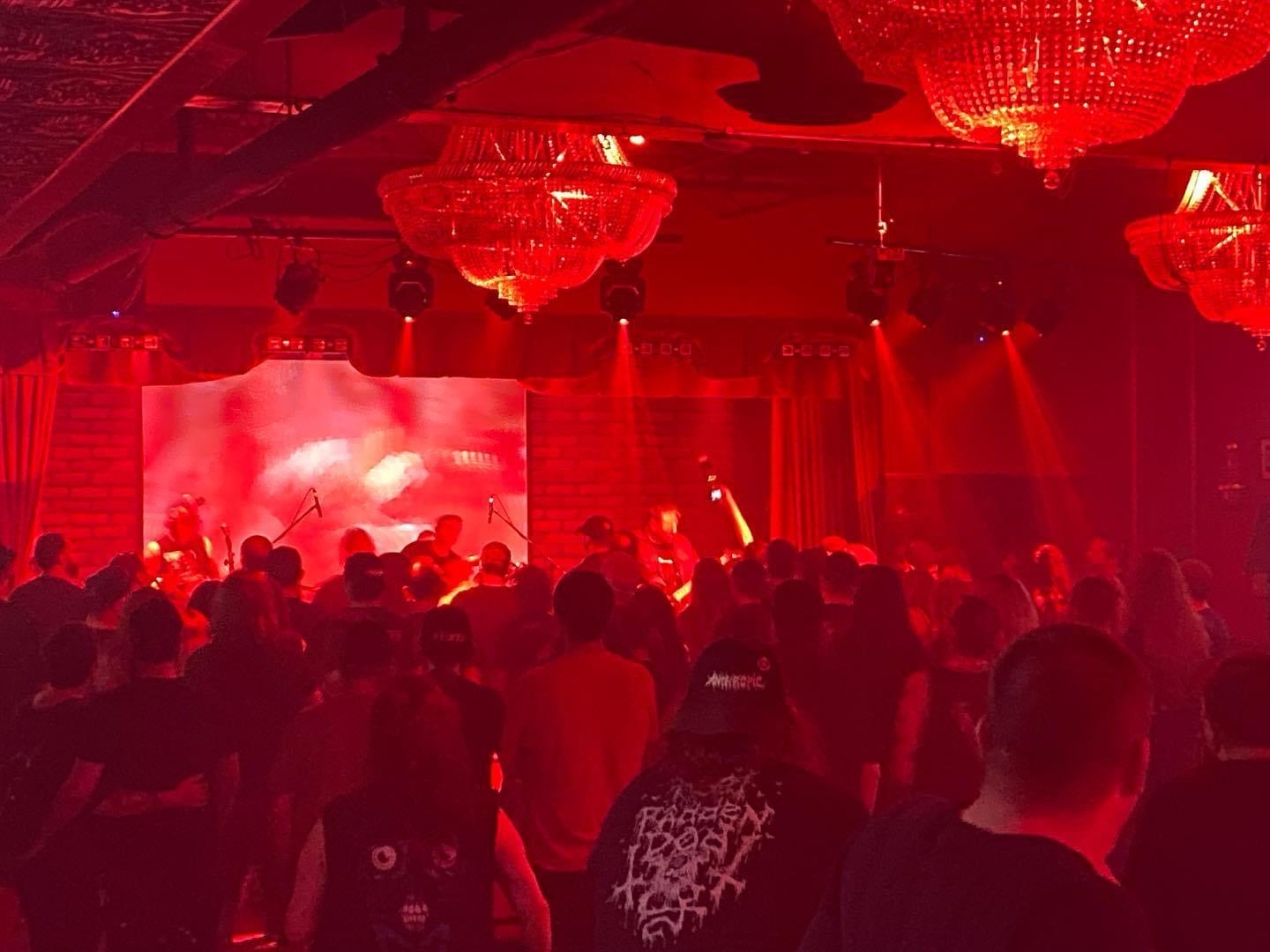 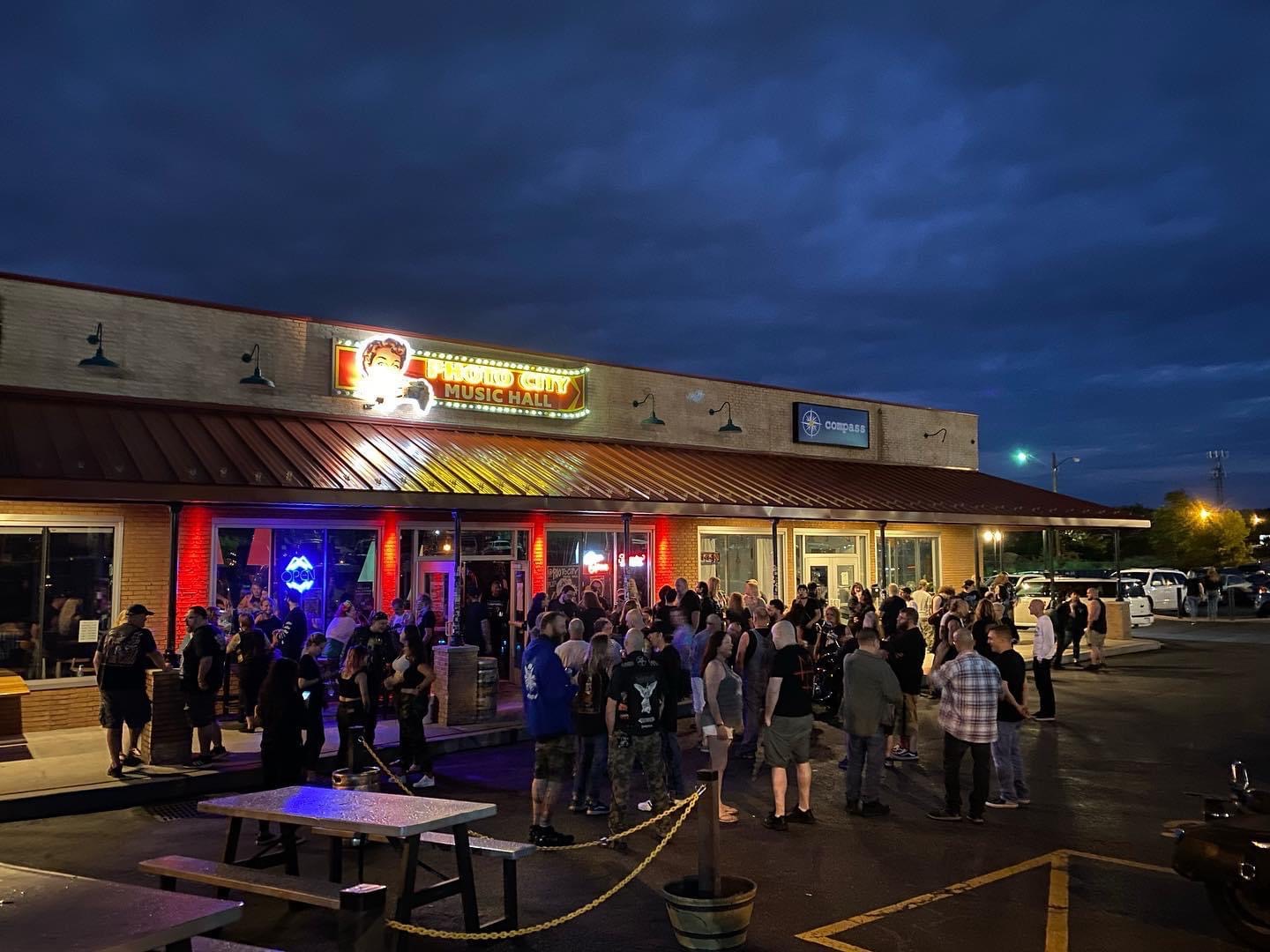 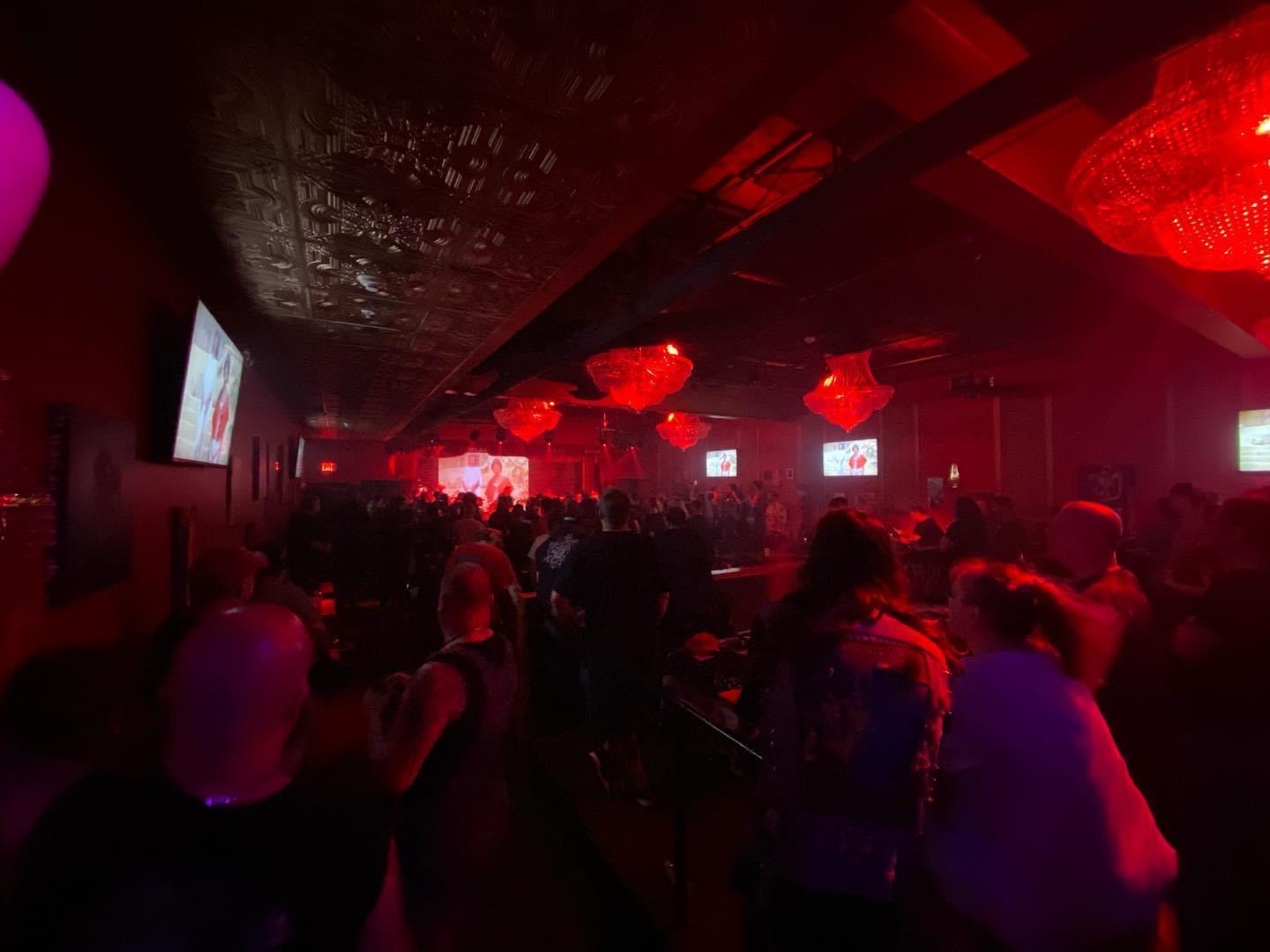 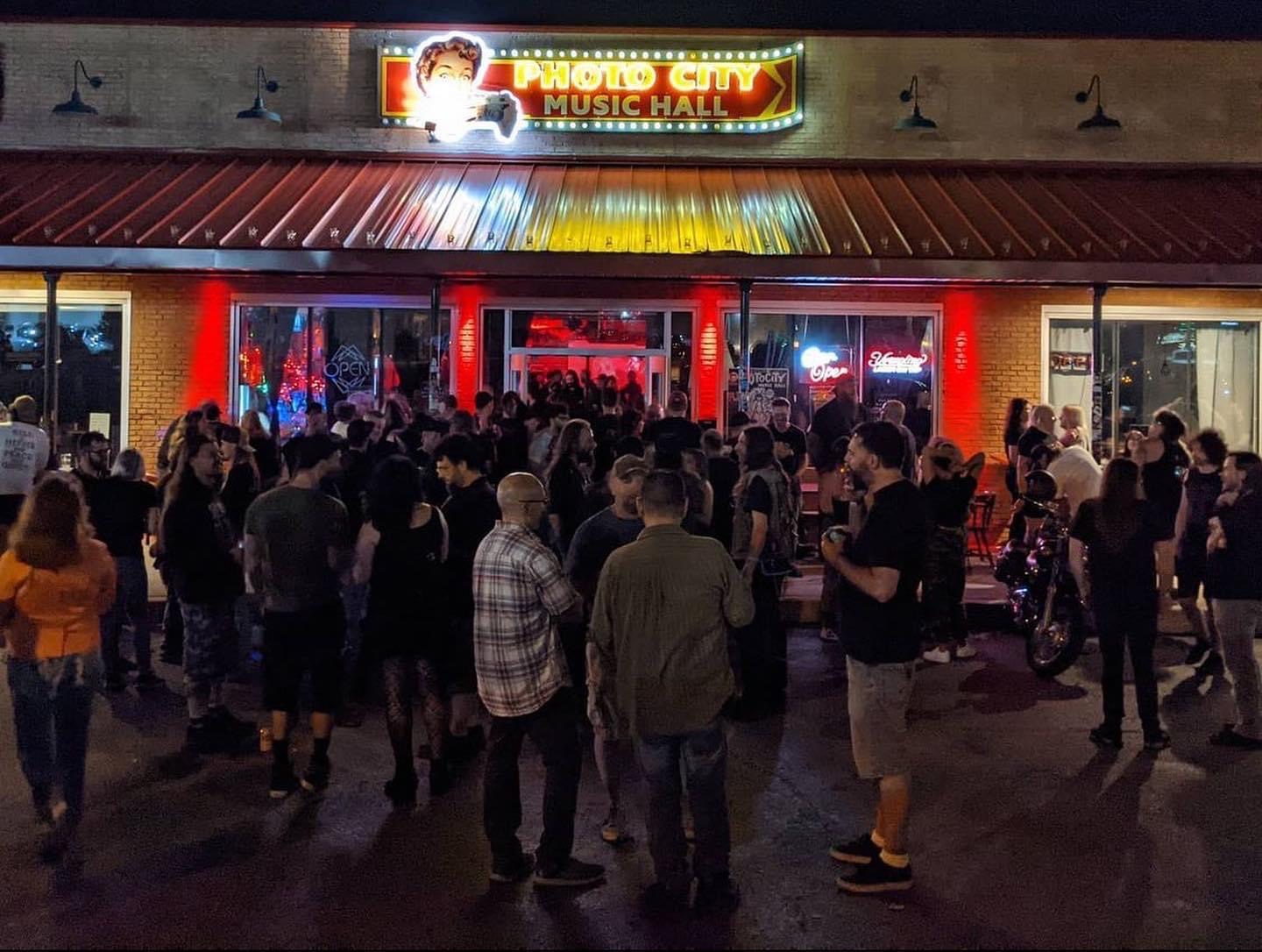 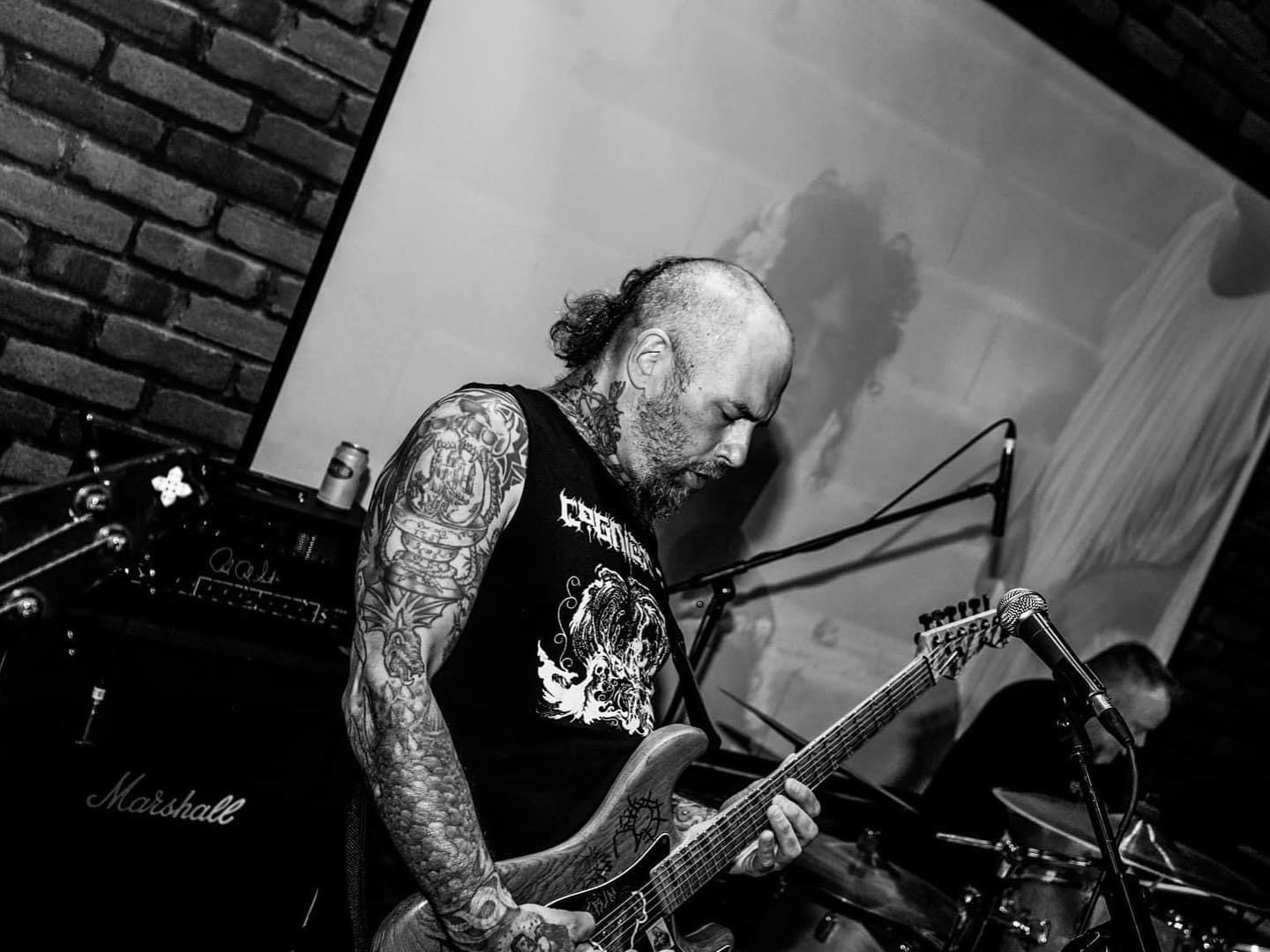 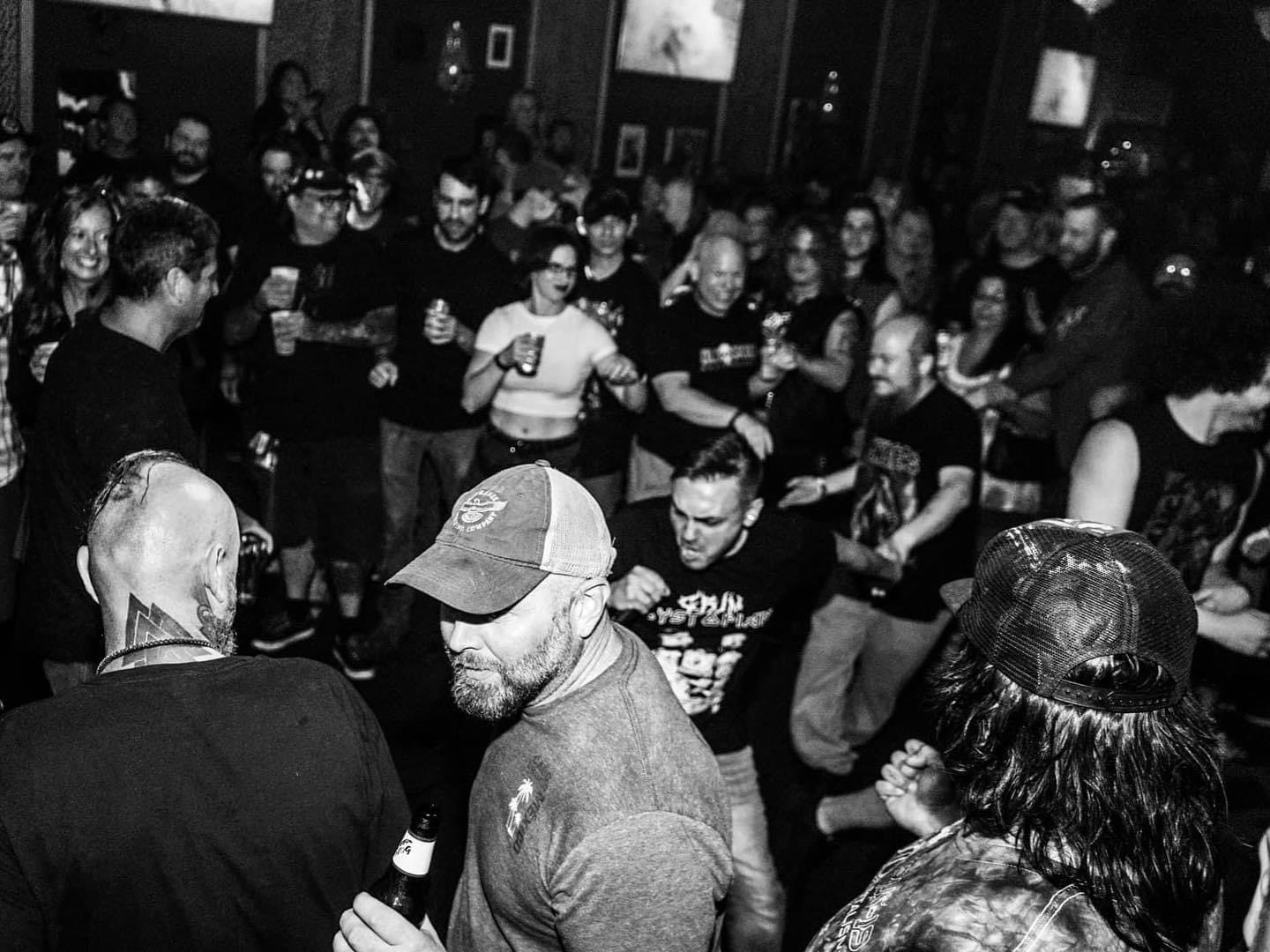 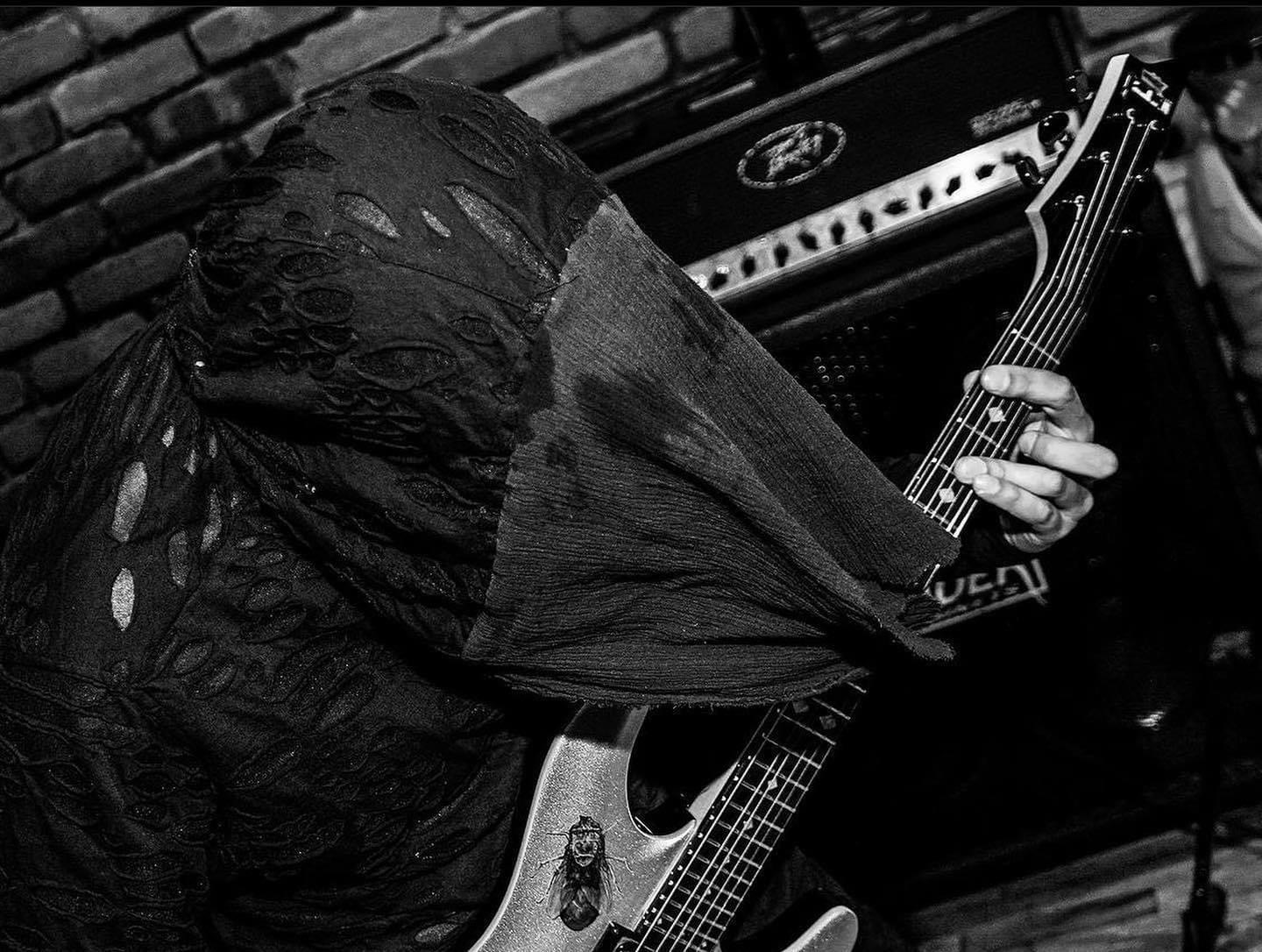 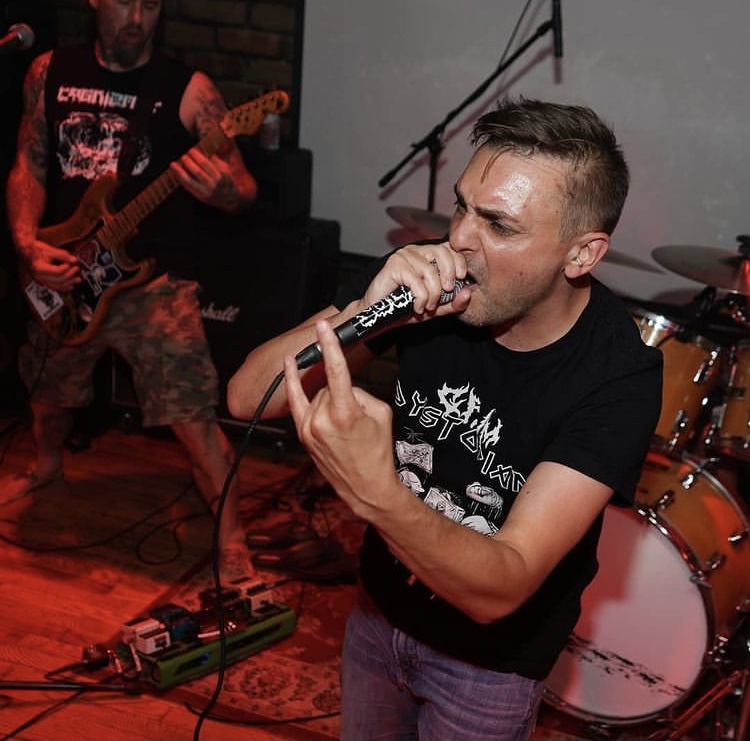