Chris Natalini has become more than a friend to us. He was the vocalist of Blood Feast until some shit went down. It is not my story, I am not at liberty to share the details, but I stand firm it is their loss Chris is no longer with the band. We interviewed him on the show for MDF (never happened that year because of Covid) early on (episode nineteen, in 2019) and we just clicked. We started tuning into his radio show every Monday shortly after that and have listened every Monday since. He is that trusting someone we go to for honest feedback and respect any advice he will throw our way. If you have ever heard the Grim promo with the lady threatening Ken with her (biggest) dildo, that is Mama Nat – Chris’s mother. Told ya he is more than a friend.

Locals who went to Ken’s 50th birthday saw him as the vocalist in Seeds of Perdition, a great death metal band out of Pennsylvania. He is also spinning up a thrash metal band, Execution Order, that we have yet to hear, but we are extremely excited for files to hit our inbox (hint, hint). He is the only guy I know that can dream a band up, and before they even have tunes recorded, they are invited to play Germany. He is hardworking, funny, dedicated, loyal, and every ounce of the dude is filled with love.

We try to coordinate festivals and shows to take advantage of seeing each other a couple times a year. Last year, we spent time together at M3 together. For those who do not know, M3 is an annual three-day hair metal festival in Maryland. It is one of our favorite festivals; the bands are great (nostalgia), the people are wonderful, and it is the only time ever in life I can convince Ken to wear my leopard leggings (yes, you read that right). Anyways, at one point during the show, Chris found us in our seats. He tapped Ken on the shoulder and said, “follow me.” Thinking nothing of it, we grabbed our shit, thinking Chris and Sheri (wife, equally as awesome) wanted to grab a bite or visit for a few, perhaps introduce us to someone. Nope. Chris took us backstage, through the VIP area, around to the side stage to watch Great White. Now, I know it does not sound like much of a big deal, but we were in a huge, packed amphitheater. Among us were people that starred in MTV music videos in the eighty’s (I just cannot help it; I am a fangirl). I have never seen the crowd from that point of view. I was so jazzed (Kris Piper term!) I wanted to storm the stage (in a good way). I was so wrapped up in the moment I never took video. Not even a photo. I stood there in awe the entire time taking in the band, the music, the crowd, the lights, the energy. I remember looking over at Chris and hugging him – I knew I did not have to say a word – he saw my pure joy. Even though I do not have evidence of it happening, those brief moments are burned into memory. Into my heart.

Another favorite moment was when I worked the Nuclear Assault merch table at Mass Destruction in Atlanta, thanks to our friendship with Erik (Burke). Mass Destruction is another amazing festival put on by Amos Rifkin (another friend we have acquired thanks to Grim and the amazing Stormy Storms). It is held in a just-the-right-size venue and the lineup is always to die for. Nuclear Assault played in 2021. Let’s separate the band from the people for just a second. Nuclear Assault is an iconic band. Revolutionary back in the day, and absolutely timeless now. I credit Nuclear Assault for being a catalyst for me exploring some of the more underground genres. Now, the guys that make up the band, we are lucky to call friends and they are an excellent group of guys. I was fucking honored to sit behind the merch table. At one point Danny Lilker brought me a beer for “being stuck behind the merch table.” Pft. I mean, I took the beer AND enjoyed every single second of interacting with the fans, taking pictures of fans with the guys, and even flinging merch around (it was insanely busy, their booth always is). I met a ton of cool people and got to support the guys I once only admired for being a kick-ass band, turned friends. I also worked the booth for them when they played Rochester, and that was equally as cool because I got to hang with one of my favorite people, Erin (Erik’s lady).

That leads me into another fun story about Danny (Malignancy). During Mass Destruction, our Wi-Fi got knocked out, which meant Notorious was not being fed (unacceptable). We checked on her before we crashed the previous night, and everything was fine. When we woke up the next morning to check on her, we realized we did not have Wi-Fi and panicked. Ken tried fucking with it for a couple of hours, and to no avail, we had to change our flights and leave early. Unfortunately, Malignancy was scheduled to perform that day and we were going to miss them. As luck would have it, Danny was waiting in the lobby when we went down to catch our Uber to the airport. We at least got to say hi and apologize for missing the set (we saw him at the fest the night before too). We explained what was going on, and because he is a cat person too, he totally understood. Fast-forward to just a couple of weeks ago, we went to see Malignancy in Buffalo at the Rage Fest. I was surprised that he not only recognized us in Buffalo, but that he remembered we had to leave Mass Destruction early because of Notorious. I could not believe he remembered that - fangirl moment. I know, I’m ridiculous.

Just to tie the two together, I had the opportunity to introduce Erik Burke (Nuclear Assault) to Danny Nelson (Malignancy) at Mass Destruction. ME! How did this life happen?!

By the way, we never Ubered to the airport at Mass Destruction. The Nuclear Assault guys let us ride with them to the airport. You guessed it – STOKED. 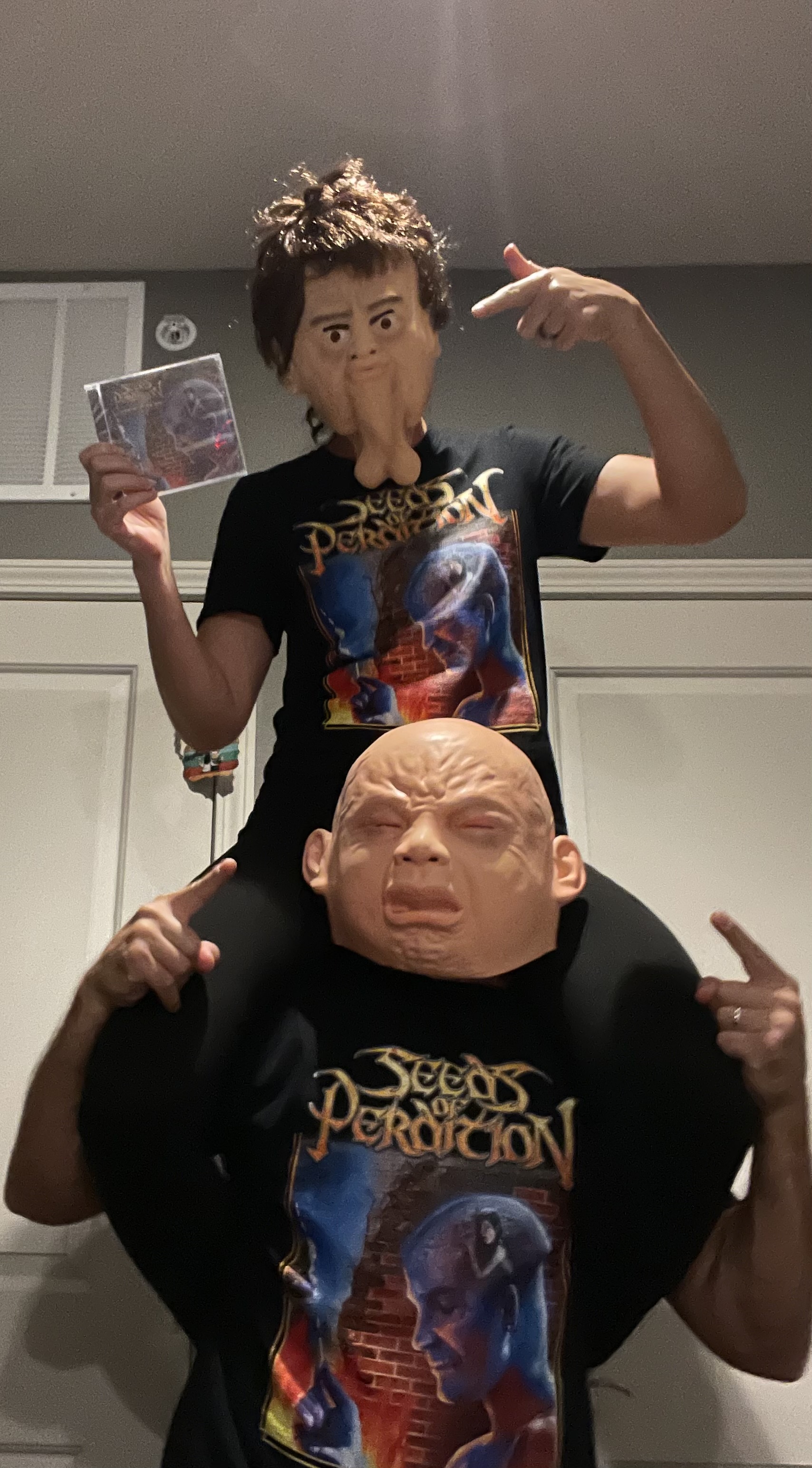 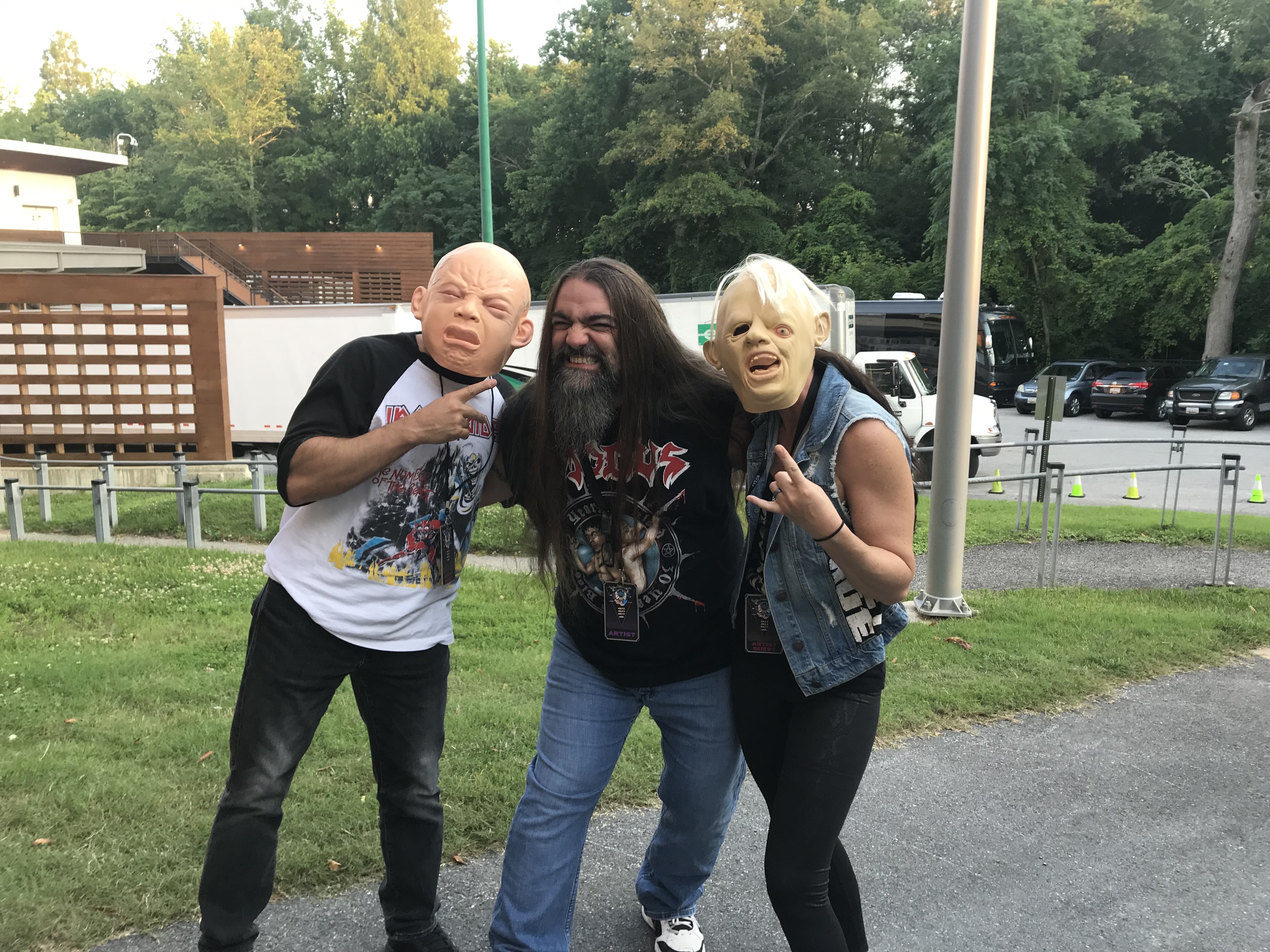 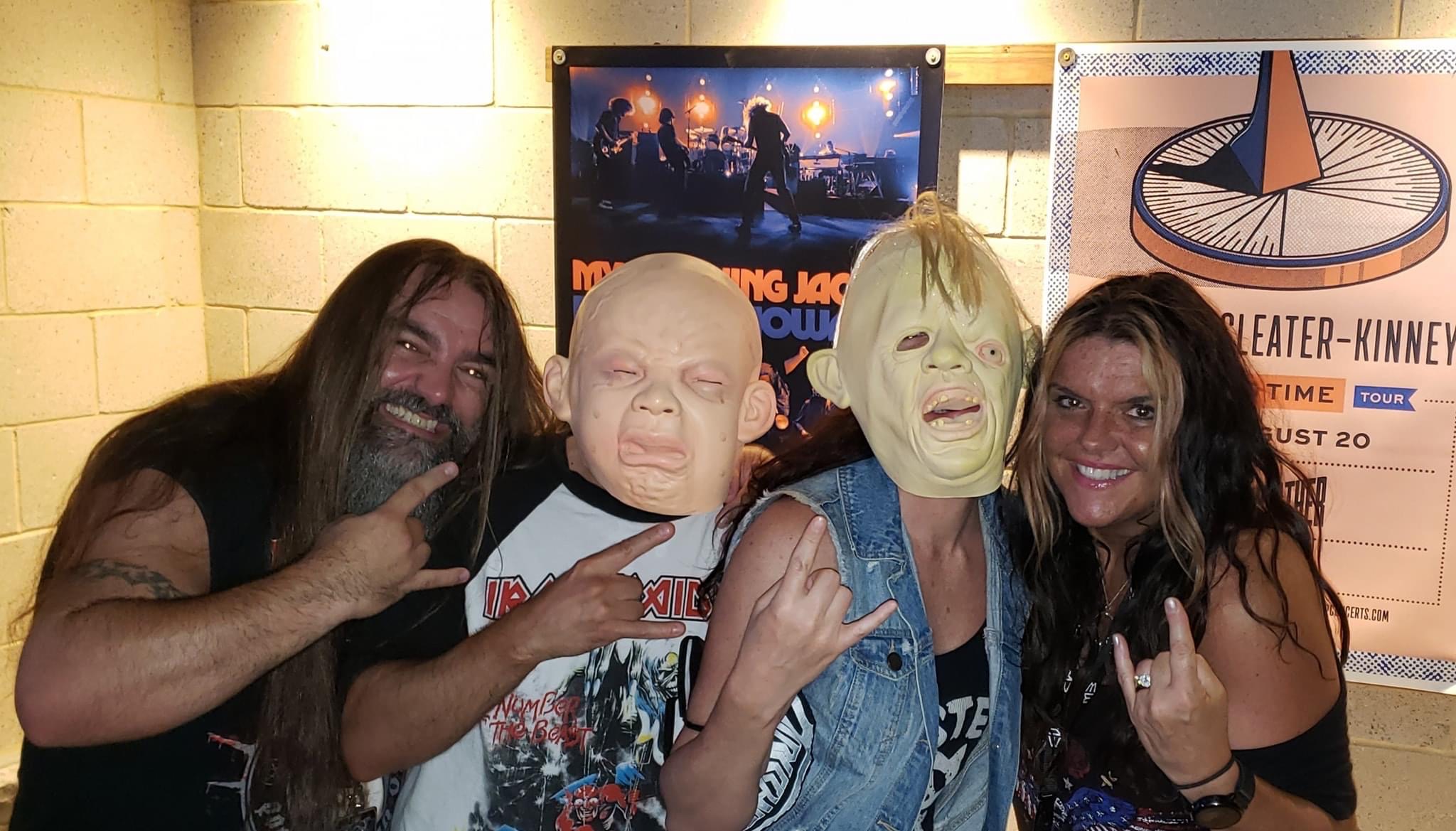 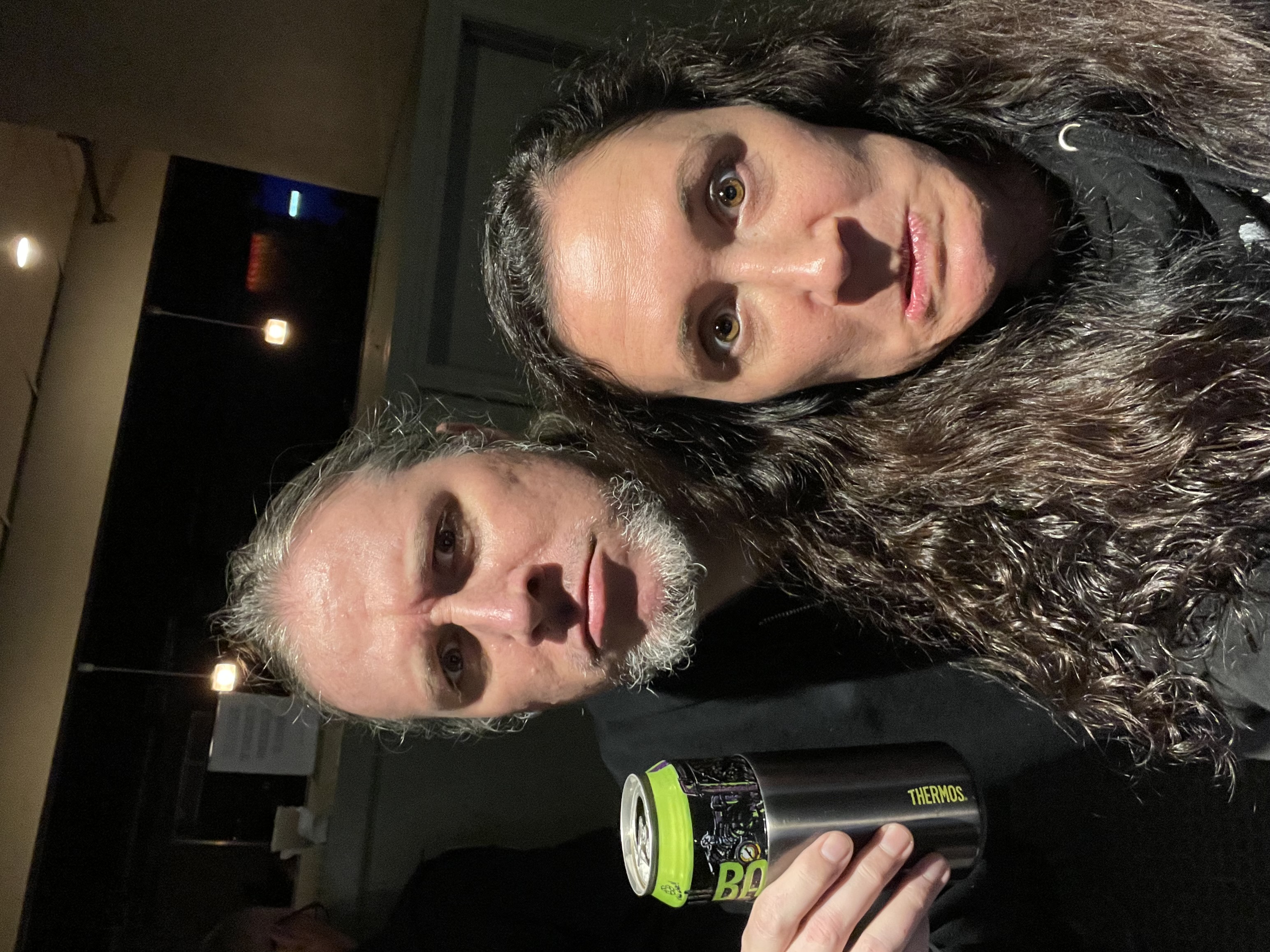 We tend to be nicer to others than we are to ourselves. I was recently chatting with a friend and began reflecting on my therapy journey – which h…