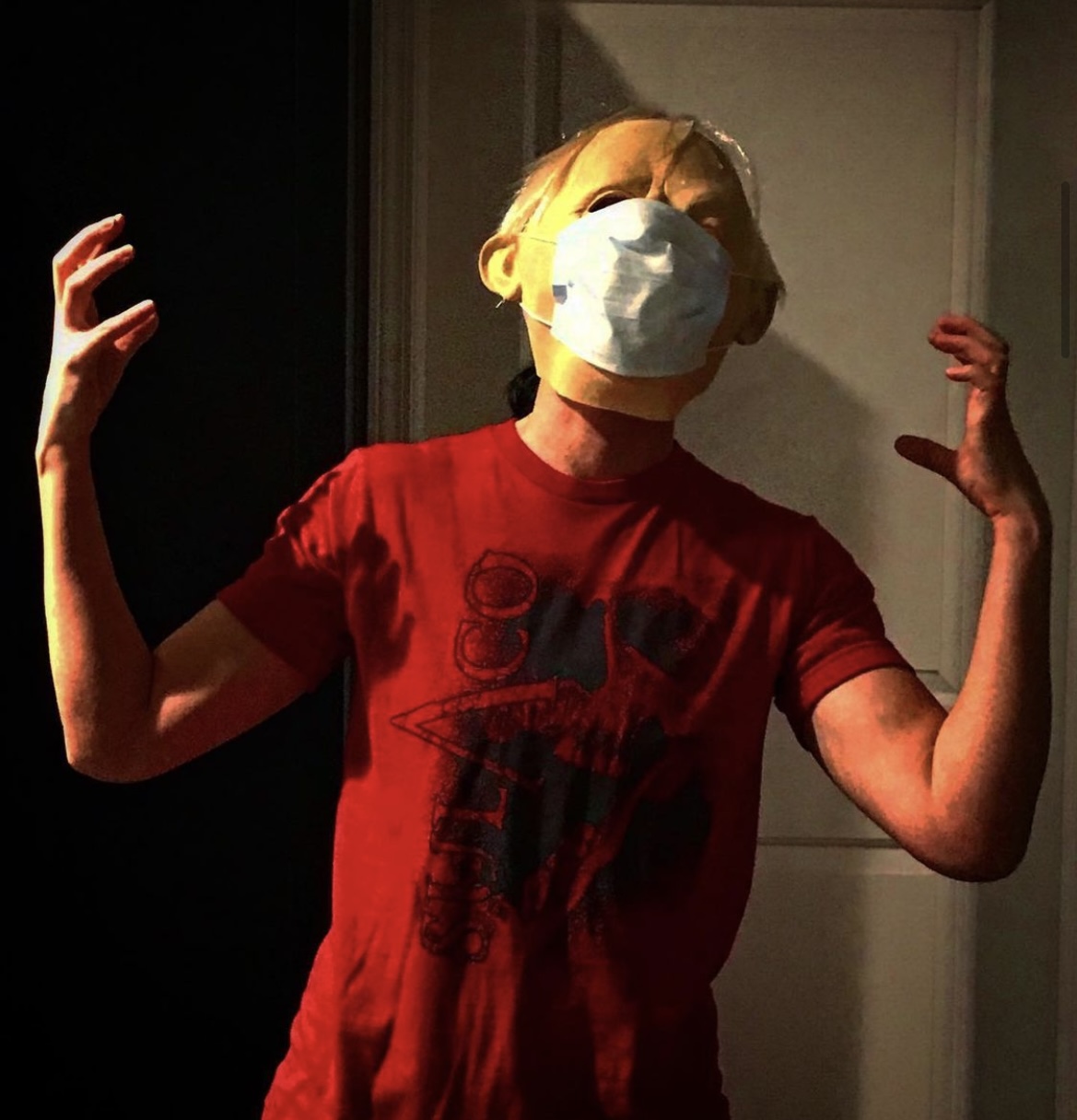 I will take you back to the very, VERY beginning of my heavy metal journey that ultimately led to my love of metal and the creation of Grim Dystopian. When Ken and I started dating in October 2004, I innocently asked what kind of music he listens to, and you could imagine the answer I got (at the time I could not imagine, haha). Ken listens to a vast array of genres, but he typically goes for the raw black metal, followed by the nineties style death metal, and the classic thrash stuff (back then, from my perspective anyways). I was familiar with Metallica, Iron Maiden, Van Halen, etc. as the only tribute I will pay to my older brother. I loved what is described as ‘hair metal’, although I didn’t know that’s what it was called at the time.

Ken and I dated for a few months before we made the move-in-together plunge. We never did/do anything conventionally when it comes to us. His lease was up, and he had just been laid off. What better decision for me to make than to let him move in?! In all seriousness, I’ve always had admiration for Ken, so it was an easy call to make.  As he was moving in, I noticed boxes and boxes and boxes and crates and crates of CDs, albums, even TAPES. I thought to myself, “who in the hell still has tapes?” I was so innocent back then… Anyways, I started paying attention to the artwork and for a split second I wondered if I had made the right decision. This is when I was introduced to Sevared Records. If you know, you know.

I would listen to Ken’s music from the other room. I tolerated it, didn’t mind it, and then became challenged by it. I would try to nail down a beat, a rhythm, a cadence, and I just couldn't. For me, music was always about being ‘in my feels.’ Sad, mad, angry, aggressive. I would listen based on my mood. For example, if I was feeling sad, I would be drawn to sad music to feel a connection to someone (lyrics) or something (the music). I started to notice it only made me feel worse. Ken’s music, though, DISTRACTED ME from my moods. It became an escape as I tried to anticipate a beat, understand the words, learn the genres. For once in my life, I was listening to music that was louder than the thoughts in my head. I will generalize my conditions into one basic term that I am sure many of you are familiar with – extreme anxiety, and it is something I could never get away from. I never liked taking meds; I felt like a shell version of myself, and it was horribly uncomfortable (and it didn’t matter, the anxiety always won anyways).

Ken was such a patient soul. We started going to concerts early on in our relationship – Tesla, Cinderella, Rat, White Snake, Warrant, Winger – I mean the list goes on. He even proposed at a concert; that is a long story that deserves its own writings! Then one day, he asked if I would like to join him at the Bug Jar for a show. Yup, that’s where it all started. The Bug Jar in Rochester, NY. I don’t remember the specifics, but I do remember one crucial detail – the local band Neurolepsy was an opener that night. I cannot explain what took hold of me, but that night was an absolute game changer. Anyone’s first time at the Bug Jar is an experience in itself; from the sticky floors, the fly fan, the band room with furniture staged upside down on the ceiling, the...saturated? bathrooms. I say all this with love. To go there is to love its instant charm. Probably the safest I feel in public these days to be honest.

First metal show, first time at the Bug Jar, and I was hooked. Ken appeased me (he liked Neurolepsy too), but we’d follow them around and watch them play and I loved every minute of it. Something that really stuck out to me was these kids (yes, kids) were playing extreme metal and their parents were watching in the crowd. Looking back, I should have seen the writing on the wall that I really wanted to be a part of ‘this’ scene. I guess I had no idea it would be at this capacity.

Barrett (Sevared Records) was hosting a Sevared festival that summer and Neurolepsy was playing. That was my first true introduction to Barrett, and I loved him the minute I met him (and only love him more now). A local band I loved and meeting a couple really cool people right out of the gate in the scene was all it took.

Ken and I lived in a rural area at the time, so getting to shows downtown was a challenge with work, everyday life, etc. We didn’t get out to shows as much as we would like but Ken still slowly kept introducing bands, genres, zines, anything to keep my interest. It worked. Fast forward a few years – we decided to sell our trailer and move to the big city – downtown Rochester, NY. We didn’t waste any time, we were out at Bug Jar, Anthology, Montage, the Krown, Photo City, every single weekend. We took in every experience we could. All it took was a weekend with no shows and a simple comment to kick things off…

“We should do a podcast and feature locals bands from the area,” says Ken as we sat in our living room drinking a beer, listening to music. We got into the habit of hunting around for new underground bands and playing them for each other on the weekends. I remember thinking, “How the fuck are we going to do a podcast, Ken hates talking.” Turns out Ken hates talking about the weather and news to shithead corporate America idiots in elevators, but fucking loves talking about metal and ridiculous topics like “Women Divorces Husband After Finding Out He Still Breastfeeds from His Mother.” I always knew that, but I didn’t know how well it would translate into a podcast.

We produced a general format and a few ideas (NOTHING like what the show is today, or ever was, by the way). I really thought we were just shit-talking. Then all the sudden mics and interfaces showed up (compliments of Ken). Our first recording was a fucking disaster. We spent about six hours recording, had about 15 minutes of content, deleted it, threw everything in a box and decided nope, not cut out for it. We were each other’s cheerleader trying to muster up the courage and confidence to try it again. We did, obviously. It went better, but I must be honest. I cringe at the thought of someone listening to our first podcast episode. We have talked about unpublishing it because when someone starts listening to a podcast, they generally start from the beginning. Ugh. Yikes. It does show our growth, so for those of you who have stuck with us, thank you. We still suck, but maybe a little less haha!