We tend to be nicer to others than we are to ourselves.

I was recently chatting with a friend and began reflecting on my therapy journey – which has been an interesting and impactful one.

I mentioned in a previous blog that Ken and I opted to go to marriage counseling before we were even married. We recognized we did not have the skills needed to be the best partners and we wanted to be the best versions of ourselves, starting our lives together.

Part of that journey was realizing I had some deeply buried baggage that needed to be addressed. I knew it would be hard, but I remained completely transparent with Ken and rolled up my sleeves. I was ready.

When we felt we had the tools we needed to succeed, I shifted to my personal journey. I stayed with the same counselor we used for couples counseling but started going solo to focus on my past.

Every week. For months.

I was hesitant to start unpacking, but logically knew it was part of the process, so as time went on I opened up more and more, dug deeper and deeper.

Eventually, I realized we were not getting anywhere. I had just unloaded everything I could think of in the hopes of mending and learning new tools to effectively drag my baggage around with me –like upgrading to a carryon with wheels. Our sessions turned awkward, quiet, strained, and she actually began to fall asleep in our sessions. My suitcase was open, all its contents spread all over the room, and she was dozing.

In fairness, this is kind of my fault. She started dozing when Ken and I were seeing her too. I am not good at red flags.

Anyways, turns out she was just a listener at best – and that was when she was awake.

I abruptly stopped seeing her because there was no point in carrying on, but saying I was not in shambles as a result would be a lie. I spent the better half of two years repacking by hopping around from therapist to therapist in the hopes of getting back to the point where I was when everything was packed away.

As time went on, I realized two strange long-term impacts from that experience that I still deal with today.

The first one is I am deathly afraid of heights. I never used to be, and unfortunately, I did not know until Ken and I were in a glass-floored elevator in Florida. We had reservations for a nice rooftop sunset dinner when I had one of the biggest out loud panic attacks of my life. It started in the elevator, which resulted in me sitting on the floor and rocking like a maniac while mumbling nonsense to distract myself (of course while people looked on). When the doors of the elevator FINALLY opened, I was immediately faced with the restaurant bar. As I walked off the elevator, I began yelling that the building was swaying. The staff immediately put me on the staff elevator, and I was back on concrete within three minutes.

Ken is a saint.

We canceled the parasailing reservations we had for the next day, and I am thankful the elevator experience was first, because I cannot imagine how parasailing would have gone.

The second repercussion of this weird journey is I sacrificed my ability to draw. As a kid, through high school, and even after I met Ken, I loved to draw, and I was pretty good at it. The last thing I drew was a portrait of Ken - then counseling happened.

I will never forget the day I picked up a colored pencil and realized I lost every single ability I ever had to draw. My drawing level was…third grade at best. I had a complete block. It went on for months before I started looking into what the hell was happening to me.

Unfortunately, part of repacking meant detaching, and it turns out I detached myself from my creativity. I didn’t realize it at the time, but drawing was/is a form of vulnerability to me, and because I just had this traumatic experience, I packed away most of my vulnerability – probably more like all of it.

I don’t even recognize my drawings anymore.

There is good news, though.

I started the blog. I have made deep connections and friendships because of the blog that will absolutely stand the test of time, and there is something freakishly cathartic about writing. Sharing (feelings, experiences) has never been a thing, and I am still working at it, but I didn’t start the blog because I suddenly gained a massive amount of confidence or vulnerability. My self-esteem didn’t skyrocket, and I definitely (unfortunately) still care way too much about what people think.

What REALLY happened, though, is in 2020 and in 2021 is I found people I can be me around. They do not care about what I wear, what music I listen to, or if I become my alter-ego boozy name by the end of the night (which Ken calls Becky, by the way). No judgment. They just want to have fun, connect, laugh, be happy, and make memories.

This has empowered me to start unpacking the GOOD that was buried with all the bad. Back when I was in survival mode, I just repacked everything in my suitcase, even the everyday essentials.

One day, I posted that there would not be a blog post that week. I was challenged by Crif (Sulaco, CHRMR, lots and lots of other awesome bands) to draw a picture in place of the blog (jokingly, and not knowing ANY part of the back story).

I randomly picked up a couple markers and told myself to draw for ten minutes, and whatever happens, happens – no pressure. The result was hilarious. It was Crif sitting in a corn chair – a replication of a picture he took in the fall, probably at a pumpkin patch. It was so bad it was good, and I am not sure that makes sense to anyone, but I was amused.

I have done it a couple times since, and the results are always hilarious. I replicated Ken fishing, which is hanging in his office along with Corn Crif, and I drew a picture of Sulaco for Jay’s son – equally hilarious.

Limiting myself to ten minutes removes the pressure and frustration of making sure everything is perfect, symmetrical, aligned. I don’t focus on ears, or the slant of an eye.

In talking with my friend about therapy and my weird occurrence, he told me a story about a conversation he had with his son. He said he always hears his son say, “So and so is better than me at this or that”, but he never hears his son talk in his own favor – he never highlights what he is good at. Then he related it to him doing something similar as a kid.

In an innocent conversation he shared something, and it clicked. I was comparing myself to a previous version of me that is no longer, and as a result, I just gave up. Instead of building on ANY ability, I told myself the new me was less than the old me at drawing, and I just stopped.

My message is not about avoiding therapy or not working on a better version of you because it is uncomfortable. Put in the hard work, you deserve it, but follow your gut and find someone you respect, trust, and appreciate to help you unpack. Surround yourself with people that WANT you to be a better you, even if you suck at first. It is okay to open the suitcase and take something out occasionally. Find people that motivate you to be vulnerable. Ditch the crabs.

Stay safe, stay healthy, and don’t be a packhole. 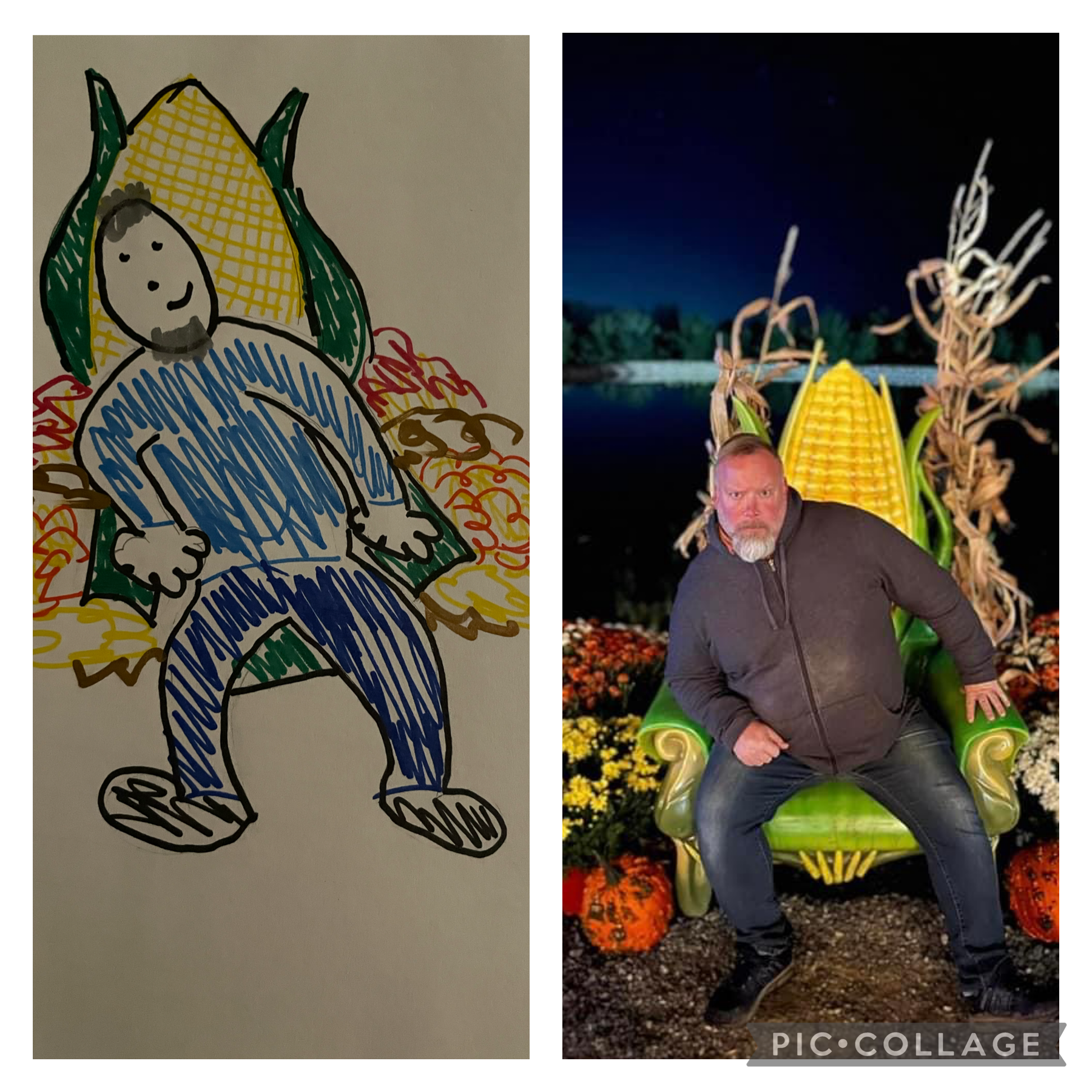 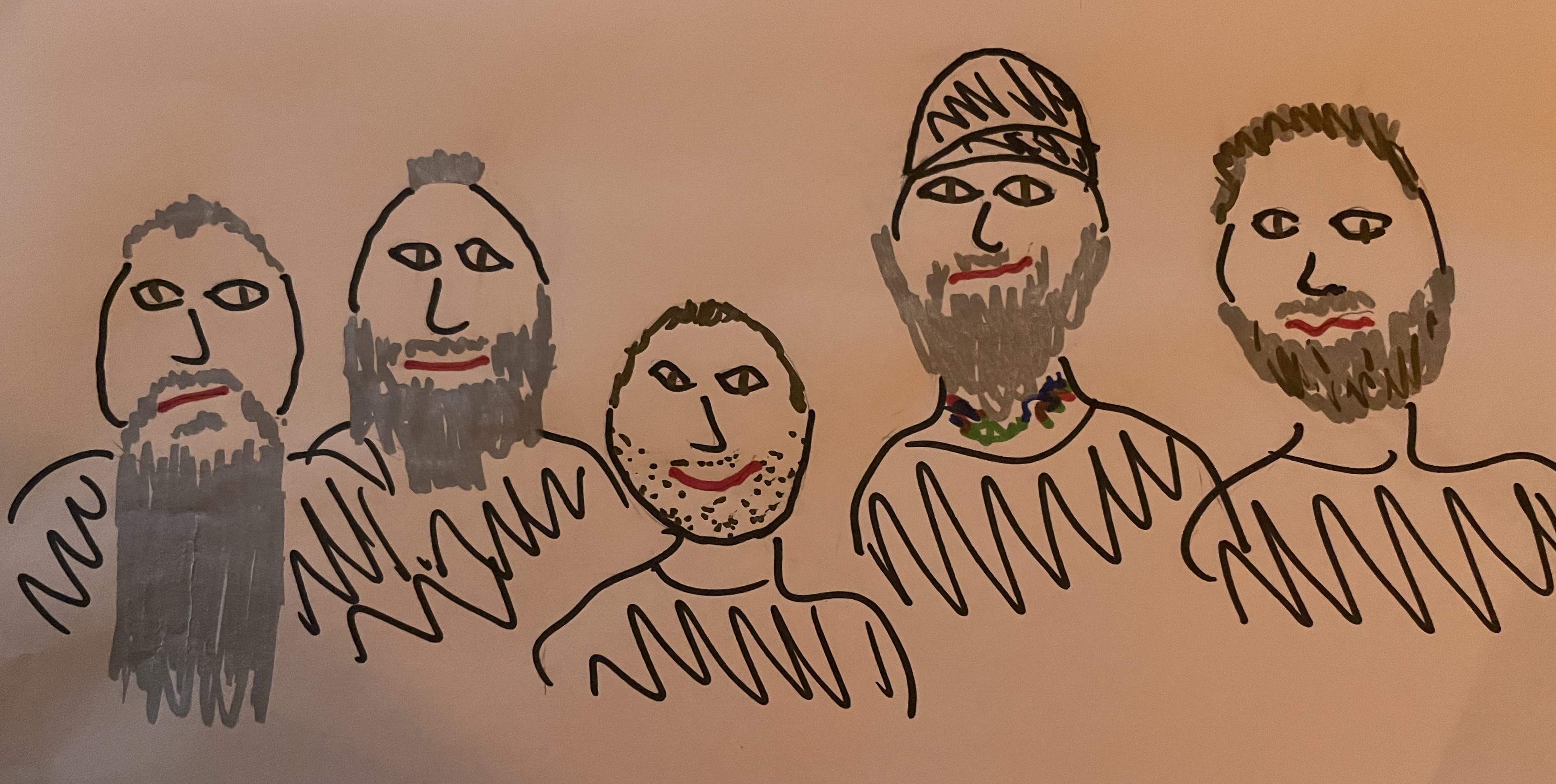 There is power behind having convictions, believing in structures (family, faith, moral, etc.), and living each day built around the confines and princip…