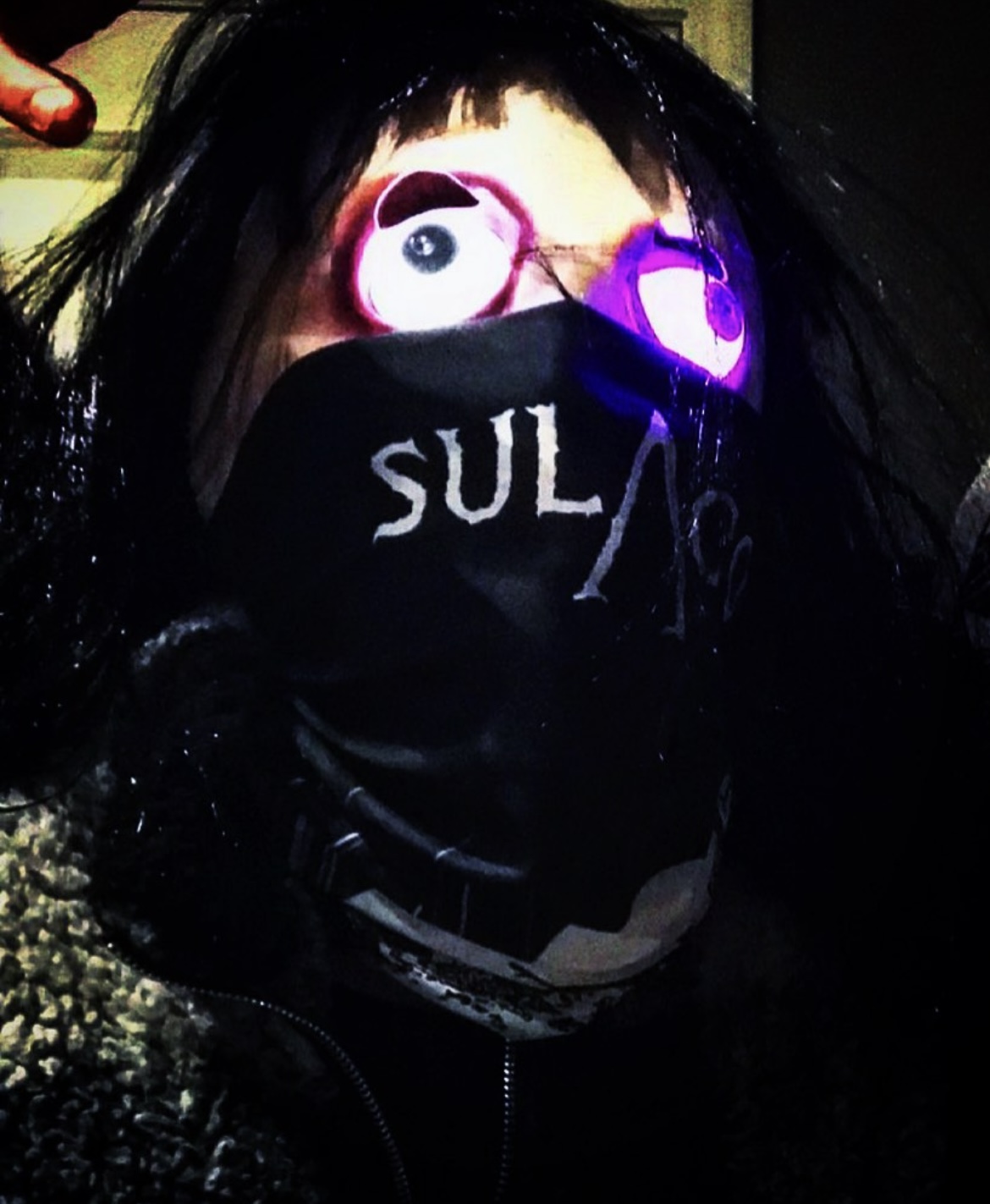 Strap in for one of the most entertaining rollercoaster rides you will ever be on…The Sulaco! These guys restored my faith in humanity; fun loving, easy going, hilarious, and completely genuine. All traits and characteristics that translate amazingly on the stage. One of my favorite things about these guys is none of them take themselves too seriously, but they take Sulaco seriously.

I cannot say for sure when I saw Sulaco for the first time, but I do remember they stuck out to me, and even though running the show I try not to have favorites (I love all my children just the same…), between their talent, music, charisma, and our friendships, I can’t really deny it.

Brian and Jay kicked off our friendship with the rest of the band. They were the most curious about who Grim was when nobody knew. We did not miss a show when Sulaco played, so naturally we would post videos, so everyone knew we were there. It became a joke at one point and then I finally had the courage to introduce us.

The rest is history – a dominos game of awesome friendships. If you are breathing and not a complete piece of shit, you are friends with Erik and Crif; the most loveable, humble, entertaining guys. Aside from his incredible guitar and drumming talents (his catalog and history speak for itself), Erik has a great voice (if you do not believe me, check out Burke Diamond – my MIL’s favorite). We have a pretty elaborate plan with Erik to open a venue/club with a daycare that allows dogs – stay tuned for the grand opening announcement! Crif is insanely brilliant on drums and does great Arnold Schwarzenegger impressions (“Get to the choppa!”). Brian is the biggest sweetheart and one of the most supportive guys in our scene (greatest movie suggester around). He loves having guitar battles with little pink guitars in his spare time. Brian makes impossible note playing look easy (check out BML). Jason is a hard egg to crack but once you do, holy shit he is the most captivating, fascinating, stoic ****** you will ever meet. And it turns out he loves GMOs (and nothing else). Sometimes I think Jay’s pipes are bigger than he is; I love that I have gotten to experience some of his growth with my own fan eyes. But Jay is not the hardest egg to crack – you probably noticed I have not mentioned Lon yet (haha). Lon will absolutely call you on your bullshit. If you are me, Lon makes you question if you should have a seat at the table, which is completely respectable and uncomfortable at the same time. At the end of the day, Lon really is a lovable, knowledgeable, vulnerable guy if you are tough enough to stick around for his initial hazing. Lon weeds out the weak…

We had a few failed attempts with the Sulaco interview before it happened. We did the responsible thing at the start of covid and decided to postpone; none of us wanted to take away from the interview by doing it remotely and we knew it would be worth the wait. When we scheduled the second time, my mother took a sharp turn and was in hospice. Between my headspace and the looming threat of covid, we decided to postpone again. The third reschedule happened, but that show did not air.

It was the beginning of summer 2021 when the first (unaired) interview happened. I remember the day like it was yesterday – I was so nervous (the whole ‘seat at the table’ thing). At this point we had interviewed Erik and Brian separately (intimidating enough), but the band in its entirety – yikes! How am I going to do these guys justice? There is about to be so much talent and personality sitting across from us.

We were set to meet at 7pm; everyone was on time, and we knew Lon was going to be the last to arrive because he worked until 7. We received the message that Lon was in the parking lot, and I volunteered to go grab him. I opened the door and yelled, “HI LON, HOW WAS YOUR DAY!?” (My normal chipper self). I knew by the look on his face and his response, that he had the worst shit day (his words), that he was just not feeling it. Anxiety superpower ACTIVATE!

We collectively decided against airing that episode – we were all bummed. We respect these guys so much, we wanted to make sure to publish an interview that would portray the beauty of the band in its entirety, and we did not think the first interview did that.

Even though we all felt shitty, we recorded for the second time without Lon before we missed our opportunity for the summer (Crif loves camping!). Sulaco’d aired May 30, 2021, and it was a great interview. The episode received a lot of attention, and we received a lot of positive feedback. Our attempt at not only highlighting the amount of talent and history that resides in the band but also capture their personalities as individuals was a success. They are currently working on new tracks, and I really hope we have the opportunity to have ALL these gems on the show again to chat about their upcoming release (hint, hint).

Aside from being friends with these guys, I am still a fan. I love attending their shows, I still run up and ask for a setlist, and they are in my regular rotation of jams. My favorite release is their latest, The Privilege, because it captures all the incredible talent involved with their lineup, and Jay (who is a fanboy of his own band, which I think is awesome), is more confident and it’s apparent on this recording. Favorite track – Cutup. Oh, also, I would be seriously remiss if I did not recognize their amazing manager; she does have to keep these guys in check, and she will charge you $50 for a shirt (for the good of the band, of course). Hi Erin! 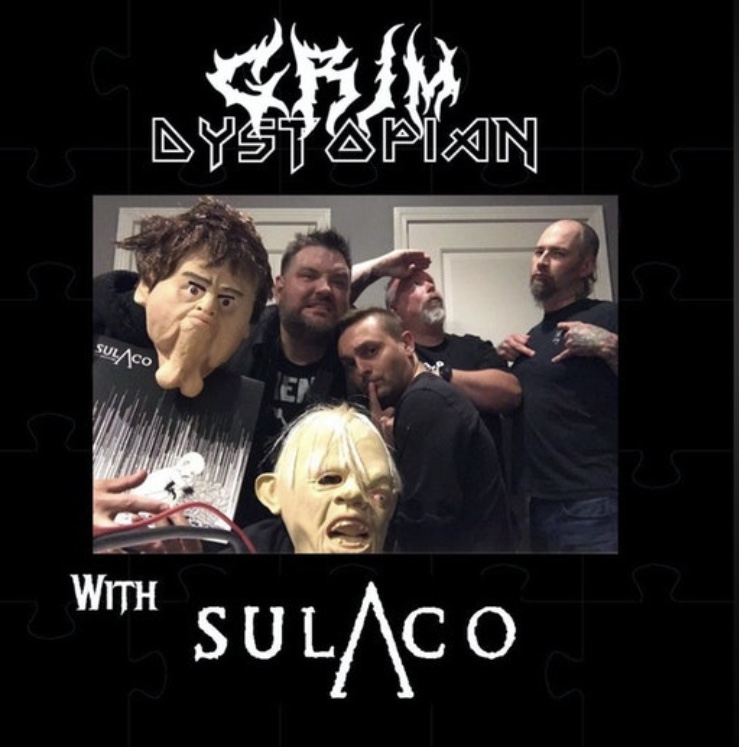 We were about two years into the podcast when Juan started planting the seed for Ken to join the band as the bassist. Ken had very recently made the chan… 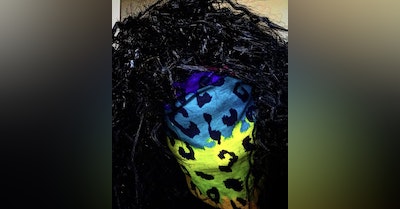 So, we have established a general format for a podcast. What the hell do we name it? What does our logo look like? What the hell are we even doing? Earl…