We were about two years into the podcast when Juan started planting the seed for Ken to join the band as the bassist. Ken had very recently made the change from guitar to bass in the hopes of rekindling his music playing passion, so the idea of switching and learning a new instrument and joining the band after being out of the band scene for 20+ years was a little overwhelming to say the least. With a steady push from myself and constant mentions from Juan, Ken reluctantly joined in early 2021.

Ken would come home from practice absolutely beating up on himself because he ‘didn’t know what he was doing’, ‘wasn’t good enough’, ‘was letting the guys down’, the list of self-deprecating comments went on for months. At this point I was standing on the sidelines waiting for him to figure it out (along with the guys) because I had no doubt he would, but I also did not want to put added pressure on him. I was lucky enough to be at the jam space (ugh) the day Ken had his breakthrough (it was just the two of us - he spent hours adjusting and practicing on his own), and I was at practice the following week to see it play out. Ken was feeling it, the rest of the guys were feeling it, and I sat quietly on a shitty, sticky step, wondering what that smell was, with tears in my eyes watching it all come together.

Waldhexen was clearly ready to record now that all the pieces were in place. Ken wrote and learned all his bass tracks, Juan had his lyrics written, and the guys dedicated twice a week to practice. I really enjoyed being part of the recording process. Brian Mason recorded Dan’s drum tracks at the Sulaco/CHRMR/Sully jam space. Ken recorded Scott, Chris and Juan at Scott’s, and Ken recorded bass at home. Not sure many people know this, but Juan had covid during his vocal recording (we did not know at the time). We noticed he had a cough and I assumed it was anxiety, so we gave him some words of encouragement, and he continued. We also noticed a little rasp in his voice, but figured he ate too much mayonnaise the night before (I kid!).

Holy shit – then the madness started. I spent the better half of three months listening to their three song (what started as a demo) EP morning, noon, and night while Ken worked on mixing. No exaggeration. I do not know ANY song the way I know Amara’s Revenge. Sometimes when I saw Juan, I would instinctively want to tell him to shut up because unbeknownst to him, I had already heard his voice for hours that day. I sent an SOS text to some of the guys because I thought Ken was on the verge of cutting his ear off. One night Scott came over to put the finishing touches on what he thought was the final mix. There were at least four more versions after that…I am not sure the guys even know that. It was worth it in the end though; I had the opportunity to experience the creation and evolution of ‘For Those Who Suffer’. My favorite track, even though I have heard it eight million times, is Amara’s revenge. The intro is awesome and catchy, I love Juan’s vocals, and knowing the lyrics makes it even better…

I will share some tidbits about the members in Waldhexen (from my point of view obviously). Chris is quiet, perhaps guarded, but has the best sense of humor and a huge heart – very humble about his artistic abilities. He is known for making quiet, stealthy exits when the mood strikes. Scott is hilarious, a bit of a foodie (Chris too, actually), particular about music, loves Hall & Oates (will put on a one man show if you ask nicely), and his favorite thing to do is walk his loved ones into the California sun. Juan (hi fam!) is the passionate one in the band. He is the true meaning of what makes a good front person. He takes his lyrical content seriously, things are felt more than said, and he is theatrical, but in a good way. Juan is the guy you call when you want to get into some shit, and he is also the guy to call to get you out of it (actually, this goes for all the guys!). We cannot hang without hearing a Santana and/or Sublime song at the request of Juan (Scott usually skips them). Dan is not quite as social as everyone else, he hangs in the outskirts, and has a knack for recommending obscure music. Although he is the youngest member of the band, he has the oldest soul (interests include history and old architecture) and is known for his drumming in several local bands. Ken is quiet by nature but has a warm, welcoming vibe. He is great at reading a room, and has an amazing, witty sense of humor. Ken is everyone’s grounding compass; we usually follow his lead if he says something is not a good idea. He is a breathing jukebox and is usually the DJ at hangs. He enjoys all genres of music (except country) and loves to torture everyone with old, cheesy horror movies.

I am not writing about Waldhexen because Ken is in the band. Although I am extremely proud of his accomplishments, the truth is this band became MY family. I am not Ken’s wife or the other part of Grim Dystopian. I am Kool-Aid mom Jenn. I can be me without judgement. We laugh, we cry, we commiserate, we trust each other. I have a ton of love and respect for these guys; they believed in Ken when Ken did not believe in himself, and it is only in the company of these fellas that my anxiety is at ease because we all say and do stupid shit together and that is perfectly okay (and encouraged). We are unapologetically us with each other; weirdo friends.

I am grateful that I get to witness Waldhexen behind the scenes; band practices, their hard work and dedication to the band and each other, how they motivate each other to be better, and their amazing personalities. My favorite, though, is when I get to witness it all come full circle, front row, when these goons put their gowns on and perform. 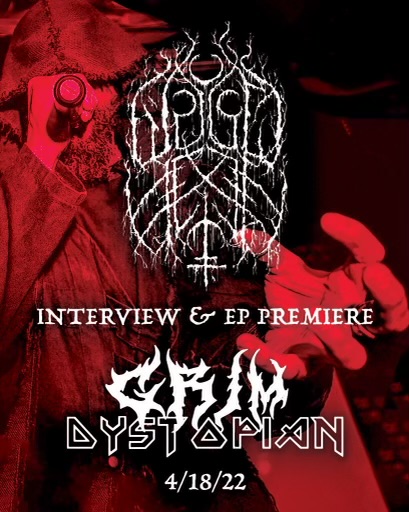 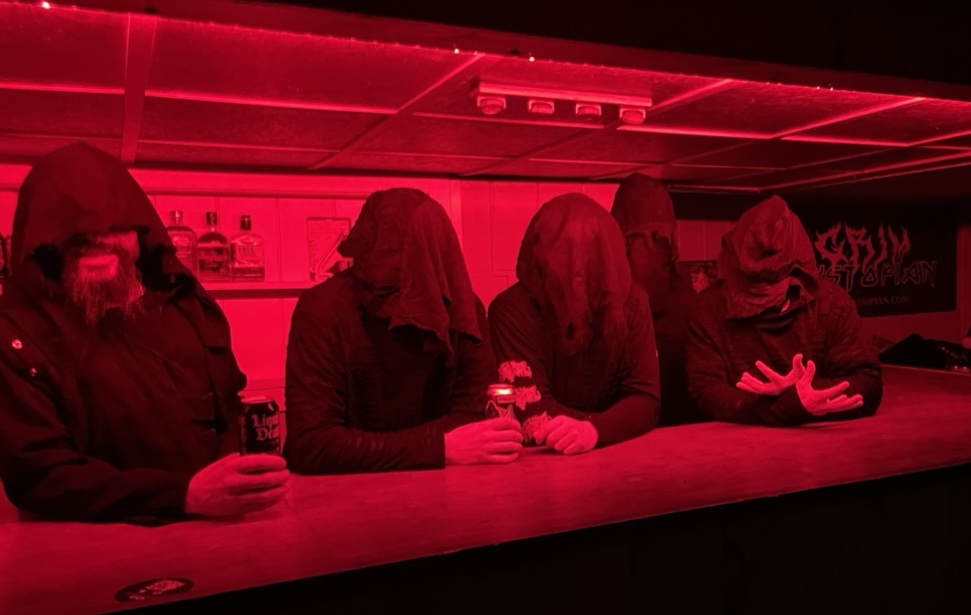